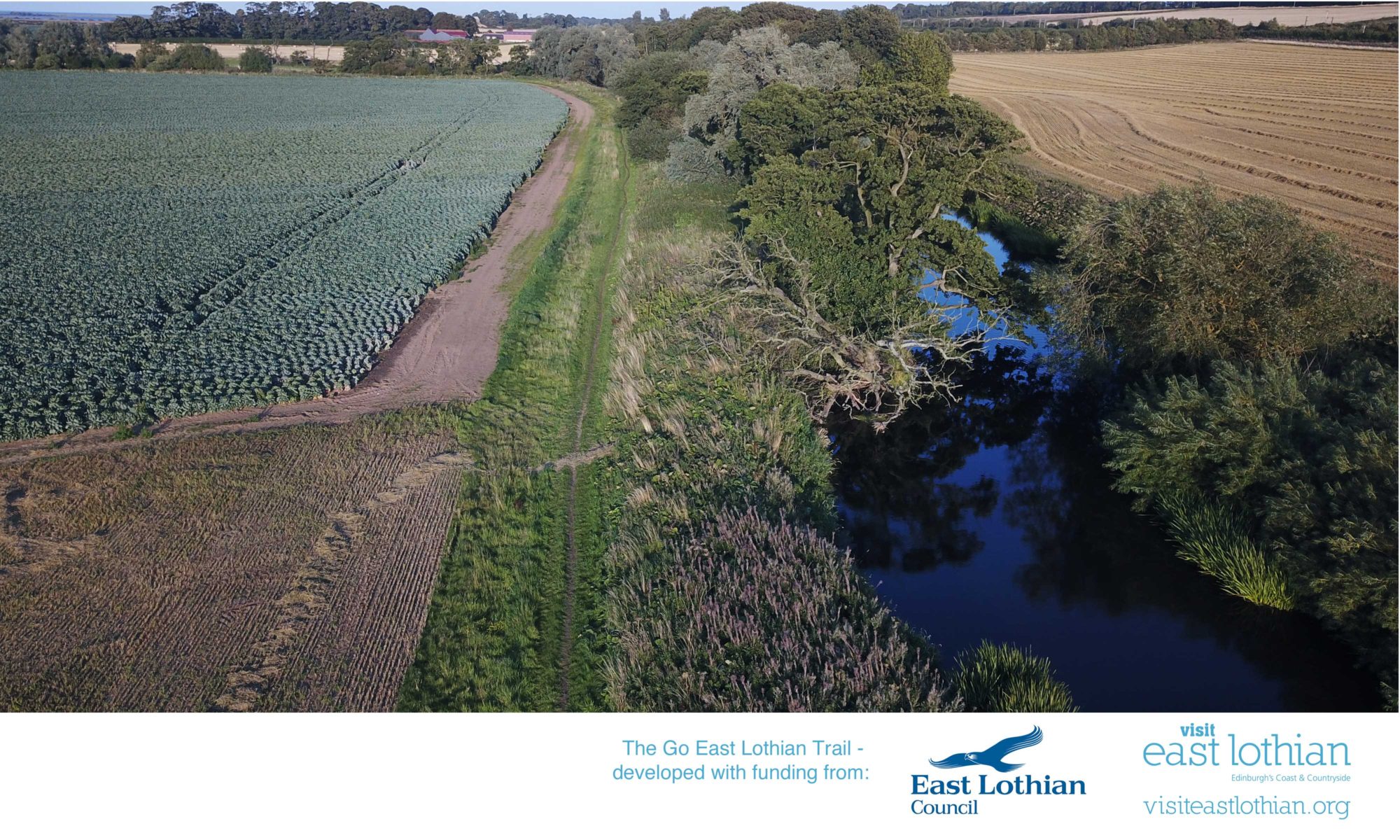 From Dunbar Train Station the route follows a cycle path, before crossing Lochend Road and continuing on a smooth gravel trail through the forest and past residential areas. Shortly after exiting the forest the route runs on a gravel path alongside the A1 for short section, before joining a minor road to West Barns. After a sharp left turn the route crosses the railway on a bridge and then follows a cycle path parallel to the A1. After a roundabout the route continues parallel to the A199 and then on NCN 76 for a few kilometres. The Go East Lothian Trail leaves NCN 76 at the Hen House, and joins the John Muir Way shortly afterwards. The trail along the River Tyne can get muddy in wet conditions, but otherwise offers superb riding to Preston Mill, a picturesque mill with waterwheel, millpond and doocot, which was used as a location in Outlander. East Linton also has a variety of shops and places to eat. After a short section on the B1407 the route follows a small private road to Smeaton Nursery Gardens and Tearooms, another popular stop for cyclists. After joining a gravel track the route re-joins the John Muir Cycle Way for a short while to Binning Wood. The next turnoff on the left is easy to miss, so take extra care. After passing though a gate the route follows a walking path through the forest, crossing the Peffer Burn on the right and passing a small loch on the left. The route takes a right turn at a country house, and then follows a farm track to join the John Muir Way after a few kilometres. This section can get very muddy when wet. From here you can make a detour to the National Museum of Flight and re-join the Go East Lothian Trail at Kingston. The route continues north to Craigmoor Wood, one of the best sections of the route. A flowy trail takes you through the forest and then on a trail trough a field towards the North Berwick Law. The route then joins a small road to the left, which merges onto the B1347 to Kingston. The route continues past Kingston Cottages to Dirleton. After the short section on Manse Road a track through a woodland starts at Dirleton Kirk and takes you to Yellowcraig. The playground here is popular with kids, while the beach and the dunes make for some of the best riding East Lothian has to offer. The route continues on the John Muir Way past Broad Sands into North Berwick, where it finishes at the harbour.